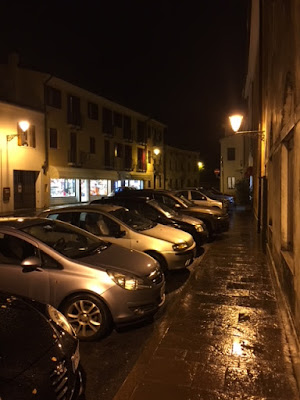 It has been a while since I last posted and I wanted to recap our life in Italy as we fast approach the end of or first year. I will be returning to the states for three months to spend time with family and friends. It’s late November but still feels more like Chicago in early October. The sunset comes early here with darkness approaching around 4:00 pm. As I write this it is drizzling cold rain, but nothing compared to weather I’m usually accustomed to. I suppose the absence of wind makes it feel warmer here as well. The locals tend to wear their winter coats, scarves and wool caps when temps approach 50 degrees while I am usually in a light jacket. I believe I am the only cyclist that is still riding in my pantaloncini (short pants) while others are dressed in winter riding gear. Loree remains in Chicago. She chose to return in early September. She had lost a close cousin and that coupled with missing our adult children convinced her that she should go back home. I also ret
Post a Comment
Read more

Why are they speaking to us in German? 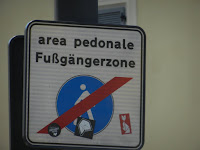 It is has been awhile since we last updated everyone on our experiences. Life moves slowly here and earth-shattering news is rare. We just returned Tuesday from our three-day adventure in Bolzano/Bozen. Why you may ask does it have two names? Let’s examine some history. In WWI Italy fought against the Austrian-Hungarian Empire. To make a long war short Italy ended up on the winning side and won as reparation the areas of Tyrol and Trieste. Roughly 23% of the population in this area are Italian speakers while for the majority the preferred language is German. 100 years later the area is believed by many to be the most perfect place to live. Here you have Italian food and culture mixed with Germanic discipline and order.   There is quite a bit of discussion regarding the desire for the inhabitants of this region to return to Austria. This appears to me to be more needling at the Italians expense and is not likely to happen for a few reasons even though a recent vote saw 92%
2 comments
Read more

Likes and Dislikes of living in Italy 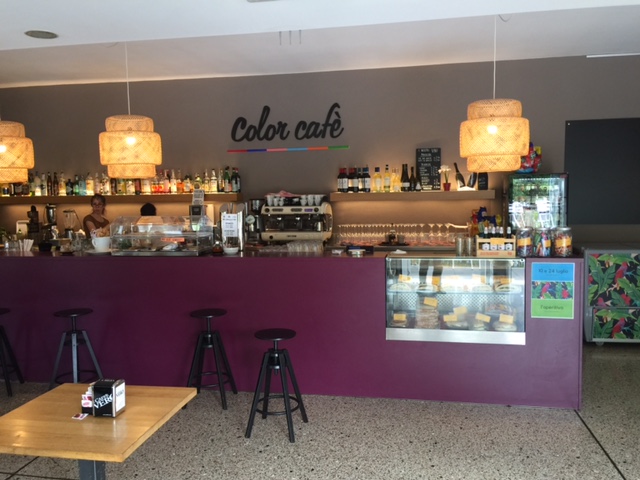 We have been in Italy now for nearly six weeks and while a short period of time we see the things that make us happy and those that annoy us.   Granted this is our immediate reaction, but I sense it won’t change much in the coming months.   Starting out with the likes, we just love the people!   We like to frequent the same stores and shops because they come to know your tastes and always remember to address you with a boungiorno .   Our routine is to wake at 8:00 am and then go the neighborhood coffee shop, Color Café. The people that work there are among the nicest people we have met. There is Mari, Elena, Lara and Tobia.   Mari speaks very little English; Lara a tall Italian girl is getting her certificate in English fluency, while Tobia has a very good command of English. Lastly and most impressively Elena can speak 5 languages fluently at the age of 22. Loree, an English major who has edited copy for years and currently edits books for grammar and p
2 comments
Read more

An American President Resides in Possagno 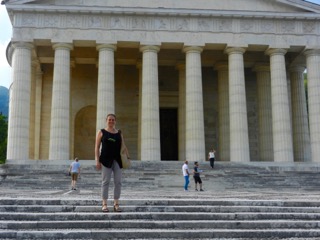 Alan traveled over the weekend for a business meeting. Franca, the wife of Alan’s cousin, Ruggero, picked me up on Saturday, and whisked me off to another beautiful mountain town. Possagno is the hometown of the famous artist, Canova, a neoclassical sculptor. The museum was built next to the ancestral home of Canova, which contains paintings and drawings done by the artist. The interior of the museum is a masterful tribute to the works of Canova unfortunately cameras were not allowed. I could go on and on about his sculptures but my favorites were Cupid and Psyche, and The Three Graces… bellissima . That was until we stumbled upon a plaster model of George Washington dressed as a Roman general. A staffer explained that the piece was commissioned by North Carolina in 1816. I was thrilled to see not only a masterful piece of Canova’s work, but a link to America and a president without access to twitter. Canova also built a massive temple and the lovely Franca is cente
2 comments
Read more 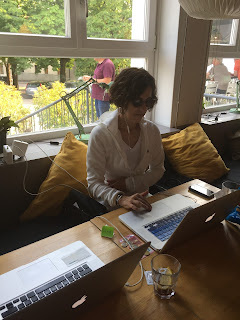 Learning to Crawl We have been here only two weeks and it seems we have accomplished quite a bit on our to-do lists. It was necessary to register Loree with the local police, as she is a foreigner, but can stay here indefinitely as long as I am here. As a married couple she has all the rights to Italian services. Surprisingly this was accomplished in 20 minutes provided that I correctly filled out the forms. I have reviewed now so many pages of forms and contracts in Italian, that I may consider entering law school. Readers of our last blog will note that our apartment while spanking new did not have working fridge, hot water, or workable sink faucet. I am happy to report that of all this has been corrected…. sort-of.   I have learned hell hath no fury like a wife without a hot shower! Having patiently waited for our landlord to correct the water issues I decided it was time to take some manly action. “Buongiorno Sr. Godi, mia moglie è arrabbiata con me!
2 comments
Read more 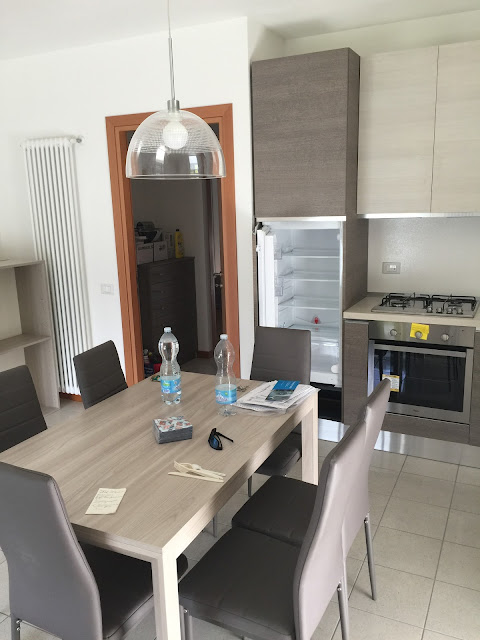 When you live in any new place you are thrown into a world of new order and some disorder.   Your daily routine is discarded and a new way of life begins. We had a fairly uneventful flight to Italy and made it safely to Bassano Del Grappa on time and without any issues. Our cousins were there to greet us at the train station and we headed off to lunch… naturalment e.   We needed to stay at an Airbnb for a few days as the apartment was not yet finished and this worked nicely as a transitioning point. Loree and I made a new friend in Michela, our host. This was our first experience with an Airbnb and it was a good one.   Michela, proficient in 4 languages; a poet, philosopher and life coach is now a lifelong friend. So far so good! The next day, I learned that my bicycle, the one I had ridden in some 20 triathlons and nearly 18,000 miles over 13 years was being held hostage by customs. Note to self, never ship anything to Italy, carry it with you. The authorit
2 comments
Read more 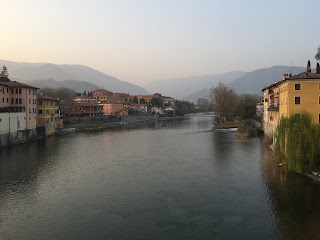 I’m downstairs in my office, coffee in hand and filled with anxiety, excitement, hope and a bit of sadness. We are leaving for Bassano Del Grappa in just a few days and I’m fretting that there will be at least one key item that we neglected before we depart.   We have changed our cell service from Verizon to T-Mobile, which is great in Italy and throughout Europe. We paid our real estate taxes and other bills and set up PayPal accounts for Loree’s business and mine. We had purchased our round trip airfares months ago with Loree coming back to visit Chicago in September and me in December. We made a plan only to ship my road bike and leave everything else behind due to costs and import duties. We are taking only four suitcases filled with clothes and shoes and all else stays behind. How did we get to this point? Many years ago I had read in the Tribune that Italy was offering a “right to return” for its diaspora. Turano Bakery, a local Chicago supplier of bread that
1 comment
Read more